Ever wondered what it would be like to be Alice in Wonderland for a minute and take a trip down the rabbit hole?

Queen Califia’s Magical Circle in Escondido comes pretty close. With bold colors, a mystical glass mosaic maze and vibrant towering sculptures, you’ll be sure to feel like you’re in a different land. 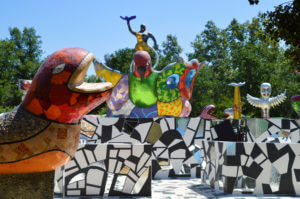 Upon entering the garden, is a maze of black, white and mirrored tiles that cover the walls and floor.

At the center of the garden, Queen Califia can be found atop a brilliant eagle throne. Surrounding her massive throne, features eight totem figures that were freely drawn and inspired from Native American, Pre-Columbian and Mexican art. 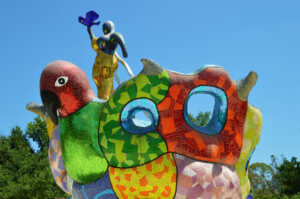 It took nearly four years to execute and was her last major project before she passed away. The sculpture garden was one of only four large-scale sculptural installations ever built by her and her studio.

The garden was entirely financed by Niki de Saint Phalle. Land acquisition, site grading, landscaping, maintenance and operations was donated by the City of Escondido. 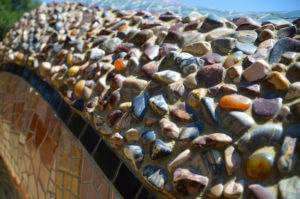 The wall is largely faced in natural-colored Mexican pebble stones. The snakes and other sculptures feature tens of thousands of individually hand-cut glass, ceramic and stone mosaics.

Niki de Saint Phalle’s signature can even be found along with the hand imprints and signatures of the artist’s team and family. 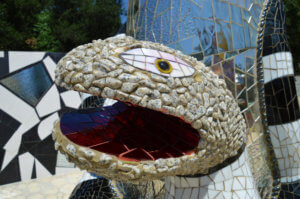 The park’s entrance is located five minutes from I-15 (via Rancho Parkway exit) at
the corner of Bear Valley Parkway and Mary Lane.

The Garden is closed on weekday holidays. 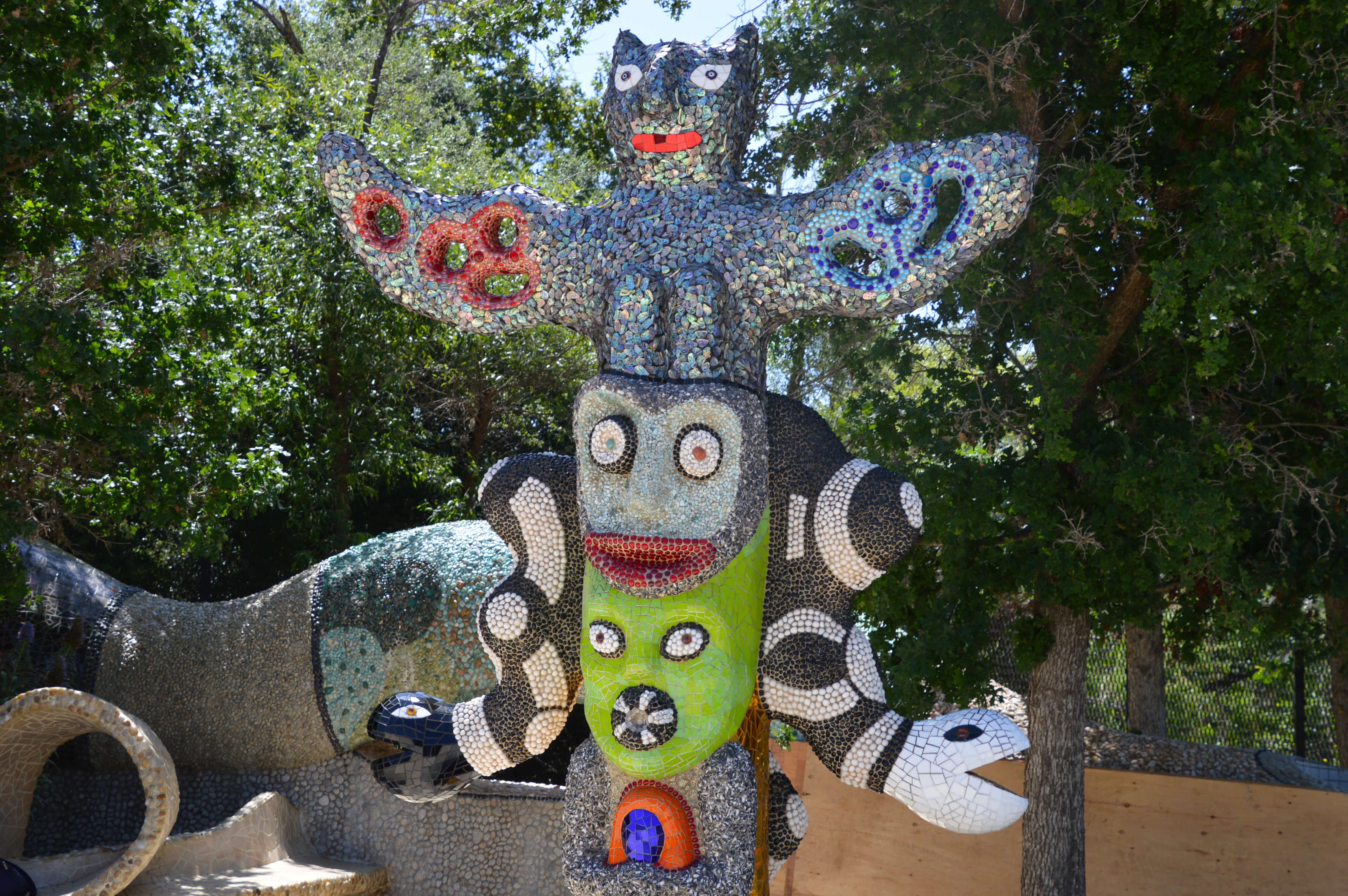 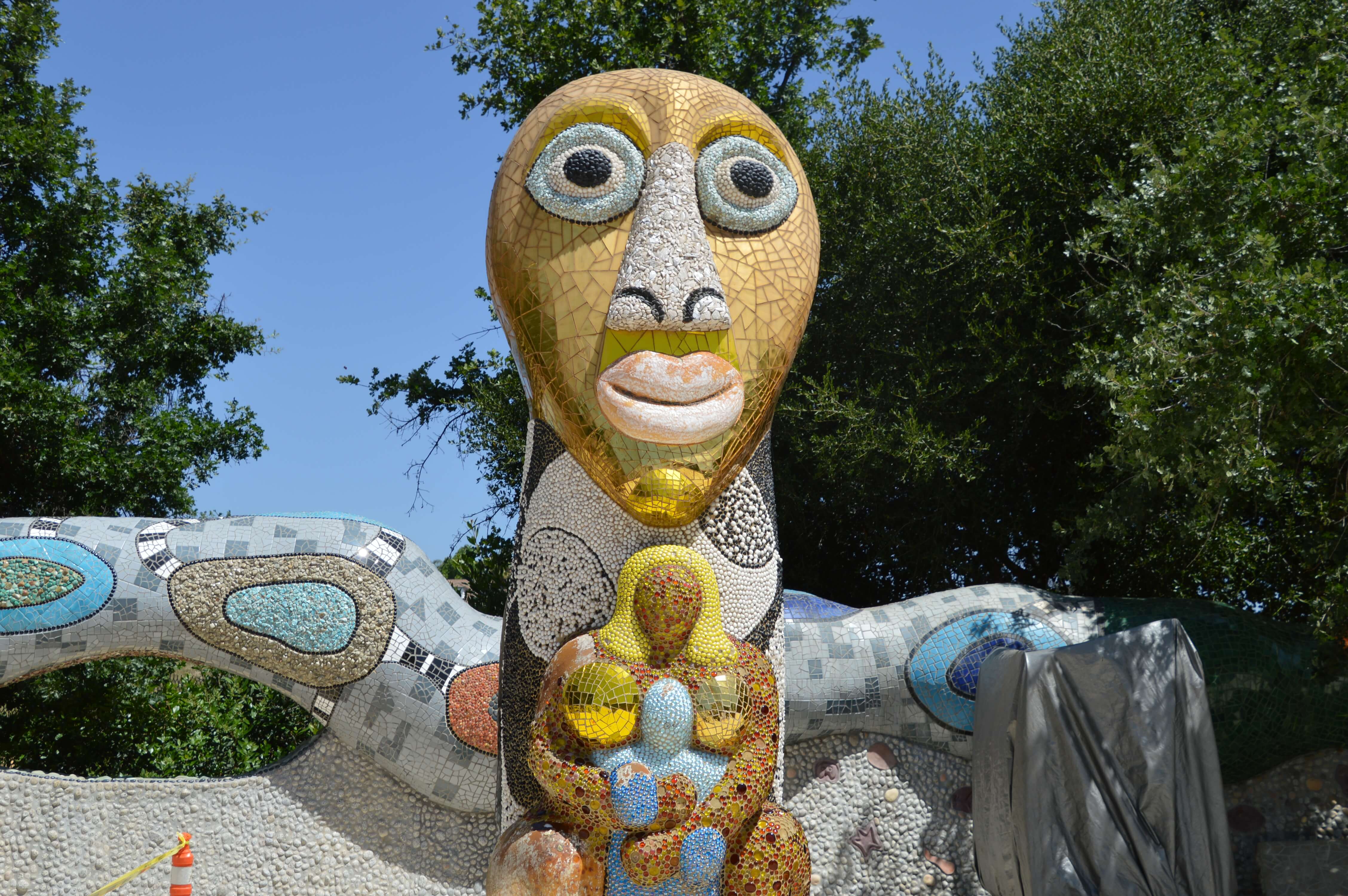 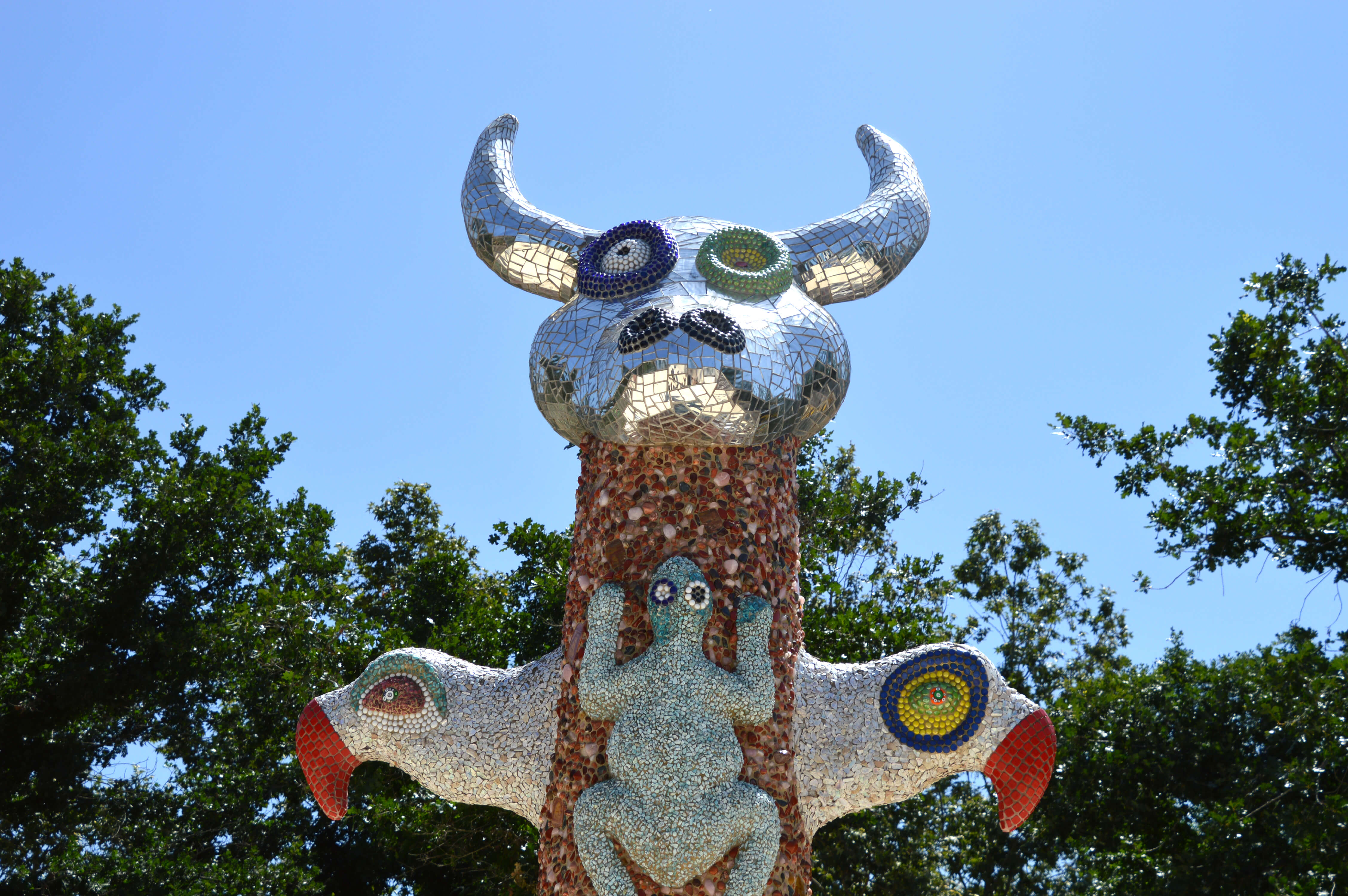 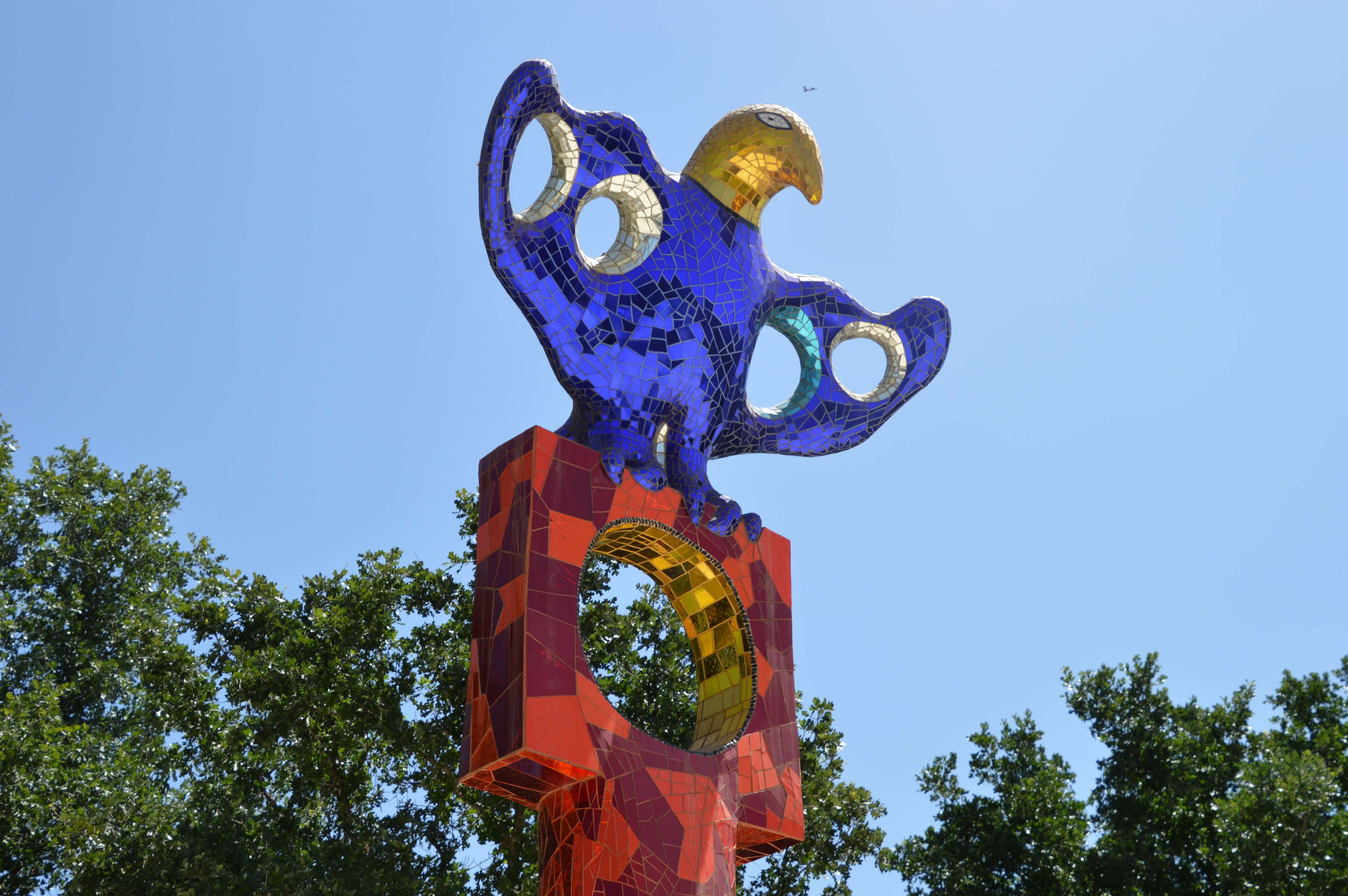 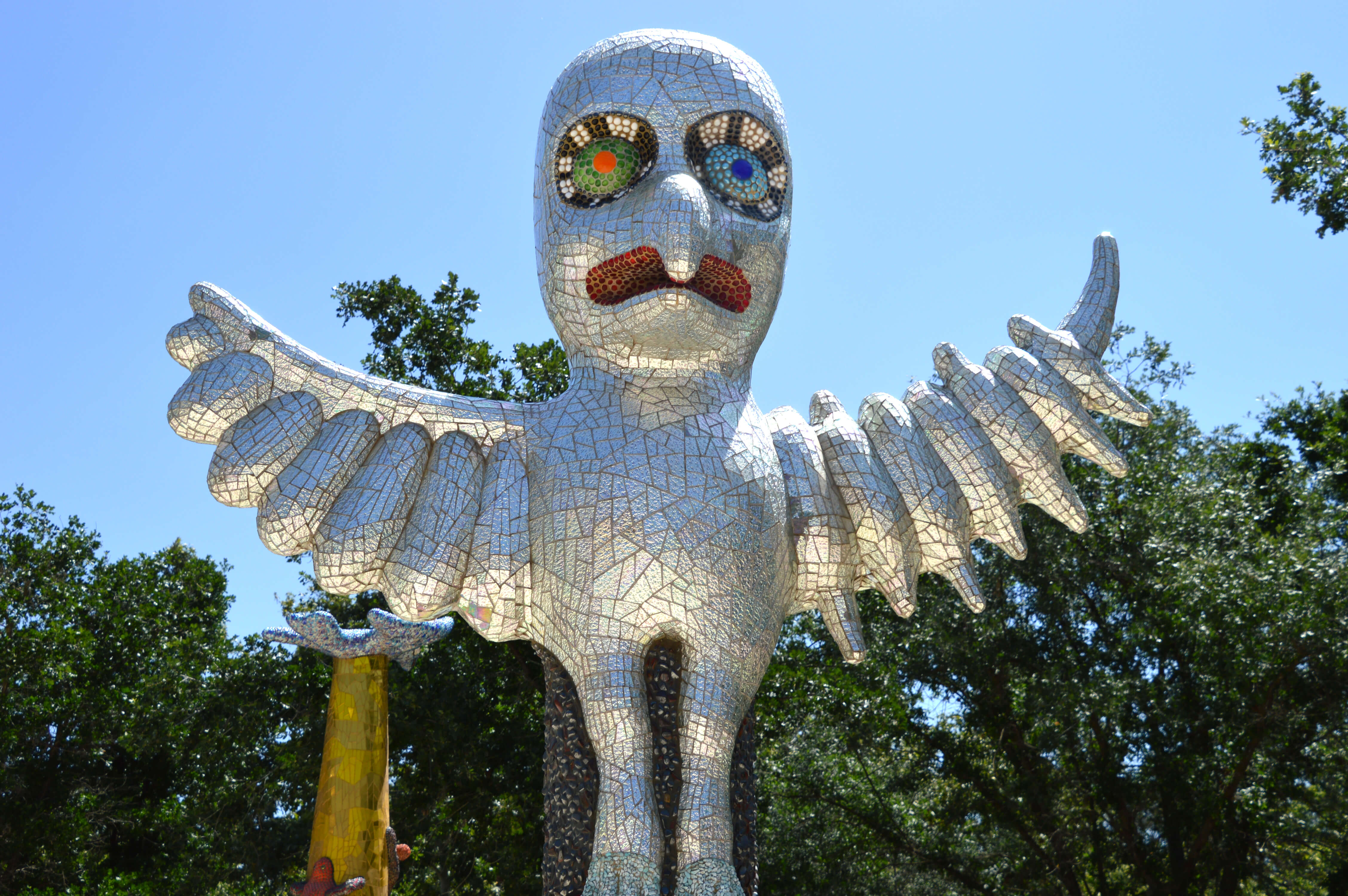 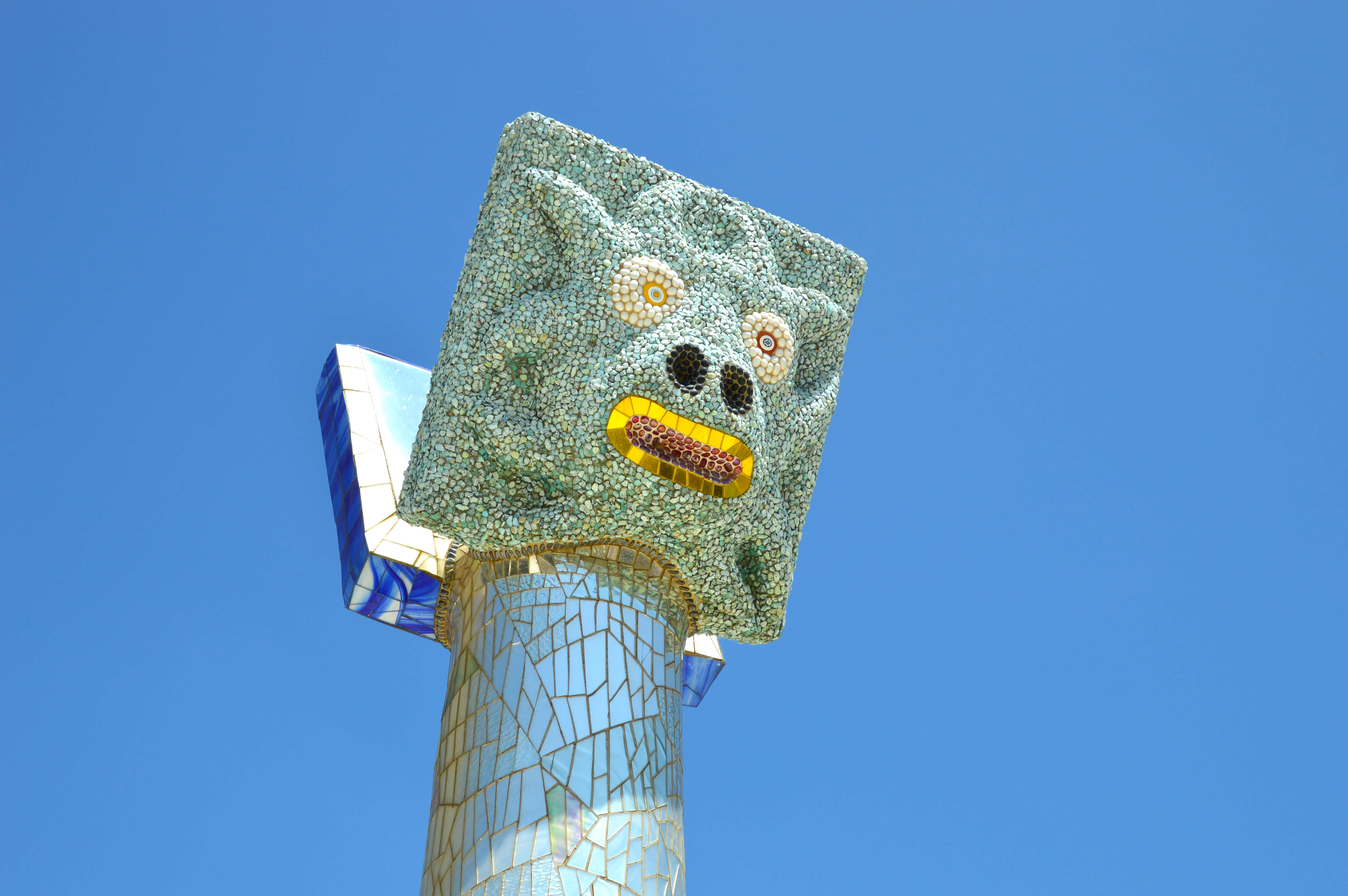 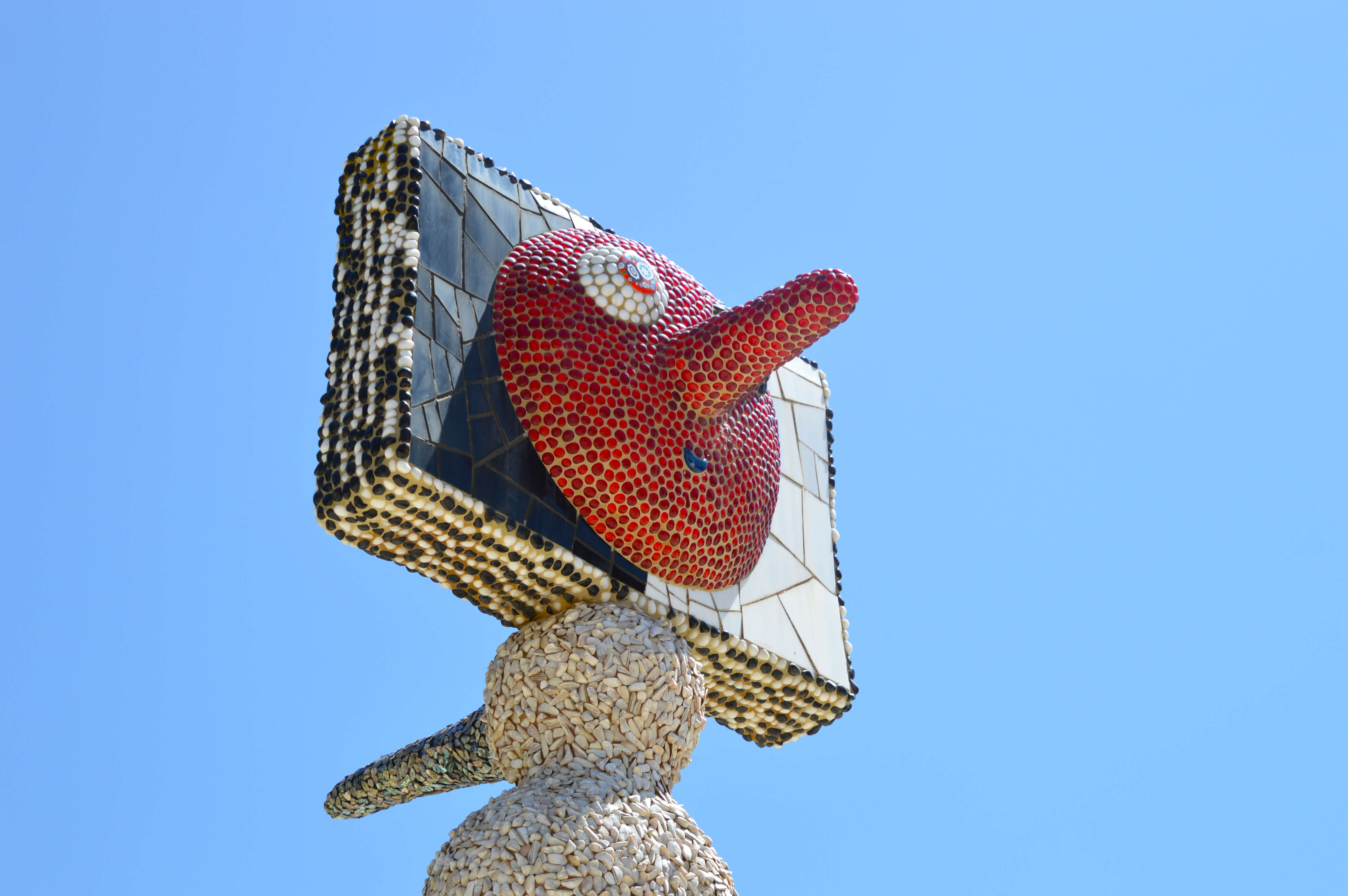